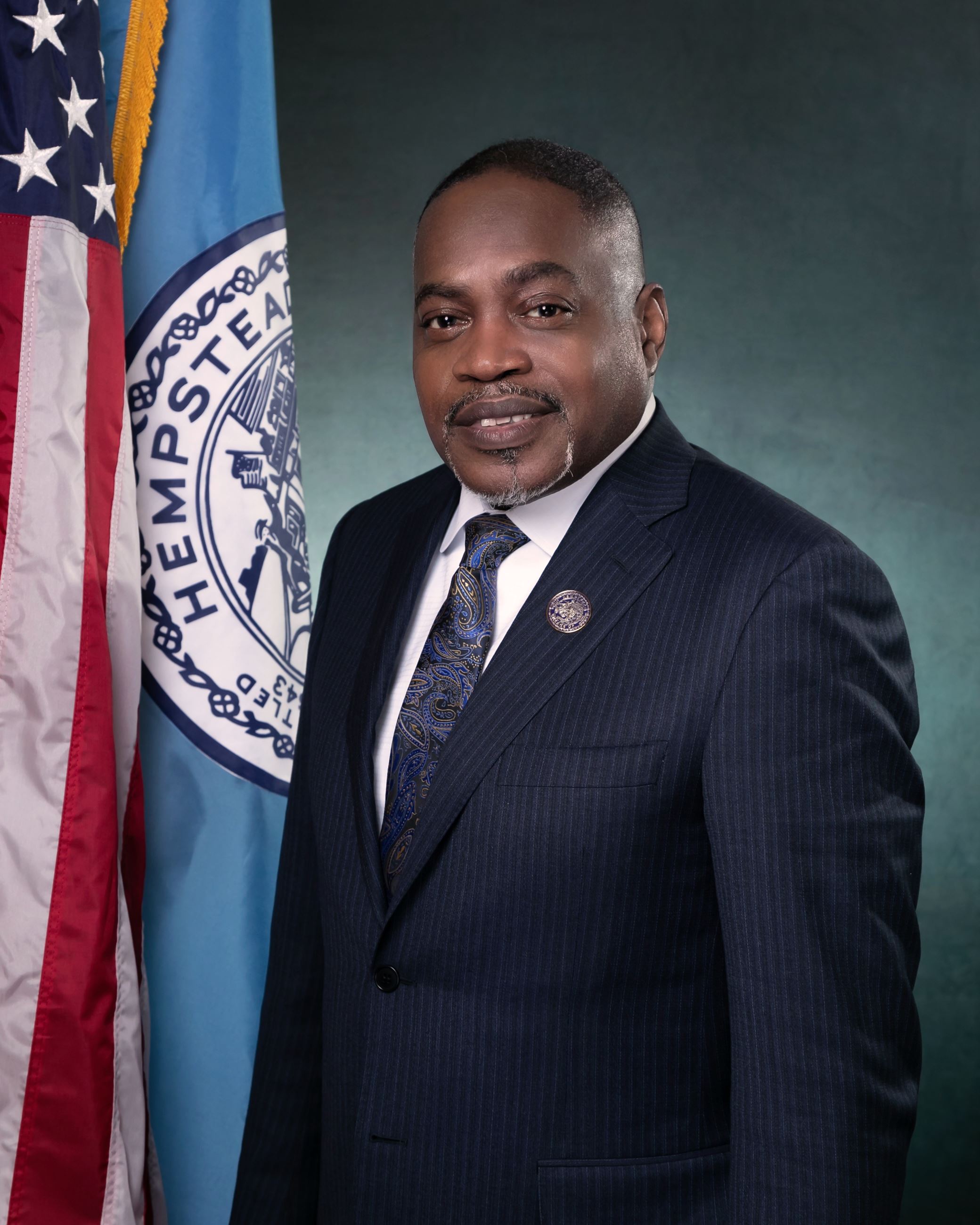 On March 16, 2021, Waylyn Hobbs, Jr. was elected as Mayor of the Incorporated Village of Hempstead. As a 40-year resident, he has served the village in various capacities. He was first elected in March 2013 as Village of Hempstead Trustee. He works continuously and tirelessly on behalf of the entire community to foster social, educational, economic, and community development. During that time he served as Deputy Mayor for two years and oversaw the police department, fire department, DPW, and Parks and recreation committees.

Waylyn Hobbs, Jr.'s Motto " I, like you, want to see our Village become a better place for our families to live, work and play. Waylyn Hobbs, Jr. is a Hempstead Fire Department member, serving as an officer with Truck Company One and EMT-CC with the Rescue squad. Acknowledged for his service in aiding others in his line of duty, Waylyn Hobbs received the life-saving star award.

Waylyn Hobbs, Jr. brings a wealth of experience to his office and has distinguished himself as a vibrant, passionate Village official. He previously held the position as the Supervisor of the Code Enforcement Department for the Inc. Village of Hempstead in 1990. Mayor Hobbs has served in various capacities in the community including Commissioner of the Hempstead Housing Authority and board member at Nassau University Medical Center. Currently, he serves on the policy committee of the New York Conference of Mayors.  He is also a member of Mayors for Guaranteed Income and Mayors Against Illegal Guns.  Mayor Hobbs was featured in the 2021 edition of City and State Magazine as one of the 100 Most Influential individuals in Nassau and Suffolk Counties.

Waylyn Hobbs, Jr. has an extensive background in the field of investigation and is a member of the National Investigators Association. He also chaired the Issues Committee of The NHDC, which was formed to address the issues of the residents in the Village of Hempstead. In that role, Hobbs investigated residents’ concerns by connecting them to the appropriate departments and made sure their problems were resolved.

Waylyn Hobbs is the senior pastor of the Coney Island Cathedral for 27 years. He has been instrumental in helping to turn a once-forgotten community around while working hand in hand with elected officials and grassroots leaders to bring retail development to its area. Waylyn Hobbs, Jr. is the presiding Bishop of The Restoration Fellowship. As Presiding Prelate of Restoration Fellowship an International consortium of Ministries in New York, Baltimore, Louisiana, South Carolina, and Nigeria he has been the recipient of many leadership proclamations, community service, and religious awards. He received a Doctorate in Theology from Martha's Vineyard Theological Seminary in Massachusetts. He is a published author of the book New Mind, New You.  Waylyn Hobbs also serves as the Clergy liaison for the New York City Police Department, member of the National Search and Rescue Association, NAACP, Wounded Warriors Project, and The New Hempstead Democratic Club.

He is married to his lovely wife of 33 years Donna, a surgical RN at Saint Francis hospital and Lt. Commander US Naval reserve. He is the proud father of one son and two daughters.